The Revival of Meditation in China: A 7 Day Retreat at Yuquan Monastery

The Revival of Meditation in China: A Seven Day Retreat at Yuquan Monastery By Guoying Stacy Zhang Buddhistdoor Global | 2018-10-22 | In..

The Revival of Meditation in China: A Seven Day Retreat at Yuquan Monastery

In China, the seven-day public holiday after the national holiday on October 1 is called the Golden Week because it is the longest national holiday alongside the Chinese New Year. Since many people took the opportunity to travel with their families or friends that year, more than 100 people from all over China, including myself, opted for a seven-day meditation retreat at Yuquan Monastery in Dangyang, Hubei Province instead. Our group between 16 and 60 years consisted of parents with children and couples.

The Yuquan Monastery (玉泉寺), literally “Jade Spring Monastery”, was built in 528 during the reign of Emperor Wu of the Liang Dynasty. Since then, the monastery has received continuous imperial patronage and, according to historical records, has produced more than 120 eminent monks. The most influential among them were Zhiyi (智 顗, 538–97), founder of the Tiantai School, and Shenxiu (神秀, 606–706), founder of the Northern Chan School. For this reason, Yuquan Monastery is considered to be the ancestral temple of the Tiantai and North Chan schools of Chinese Buddhism. 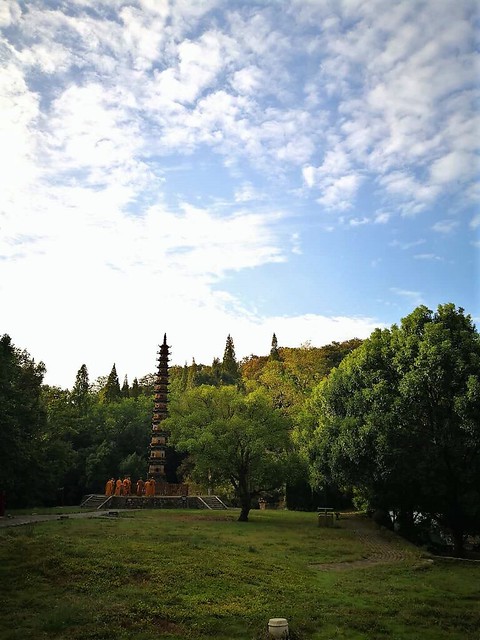 The iron pagoda of the Yuquan Monastery was built in 1061.
Image courtesy of the author

The current abbot of Yuquan Monastery, Venerable Daowei (道 偉), was tonsured at the age of 18 at Xuefeng Chongsheng Chan Monastery (雪峰 祟 聖 禪寺) in Fujian Province. For more than two decades he trained the Buddhist classics and meditation of the Mahayana and Theravada traditions. After studying the Abhidharmakosha and Yogachara texts in China, he was selected by the Chinese Buddhist Academy for further studies in Japan, where he received his PhD from Aichi Gakuin University. He also made several trips to Myanmar and practiced meditation under the guidance of Master U Pandita (1921-2016). Last year Ven. Daowei started meditation retreat programs at Yuquan Monastery to guide people to liberation by improving their quality of life, purifying their minds, and harmonizing their minds and bodies. 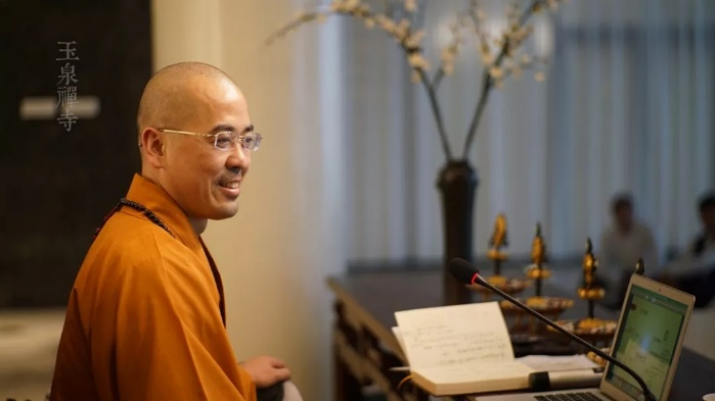 Recently, there has been a rapidly growing need for spirituality in China. Various types of retreat programs based on different beliefs and theories have been organized across the country. It was the fifth retreat at Yuquan Monastery since the first was organized last year, and it wasn’t long before the monastery established itself as one of the most prestigious meditation centers in the country. This time, more than 700 people are said to have applied for the program. Although most of the people who attend the retreat are Buddhists or have an interest in Buddhism, the program is open to people of all faiths. With a humanistic approach, the program aims to empower and help people live better secular lives with the benefits of meditation.

It is commonly understood that the benefits of meditation help improve our mental focus and mental health. In China in recent years, various meditation methods known as mingxiang (冥想, deep contemplation) have been popularized mainly by wellness professionals. However, few people in China know that meditation has a long history and was practiced and advocated by the Buddha himself as a ven. Daowei reminded us in his first lecture.

Indeed, we all know that the Buddha attained enlightenment under the Bodhi tree, but we often neglect the fact that his enlightenment was attained through meditation. That is why many Buddha statues and images are in meditative positions. As early as the sixth century, the Chinese had written systematic and comprehensive treatises on meditation, a practice that the Buddhist community referred to as zuo (打坐) or zuochan (坐禪, seated dhyāna). The methods and teachings of Zhiguan Chan (止 観 禪, śamatha-vipaśyanā dhyāna) expounded by the above-mentioned Master Zhiyi have been consulted by lay people and monastic sangha from all Buddhist schools to this day. The purpose of meditation is outside of the body’s cares. It’s a way of finding the truth and answering questions like “Who am I?” “Why I’m here?” and “where am I going?” 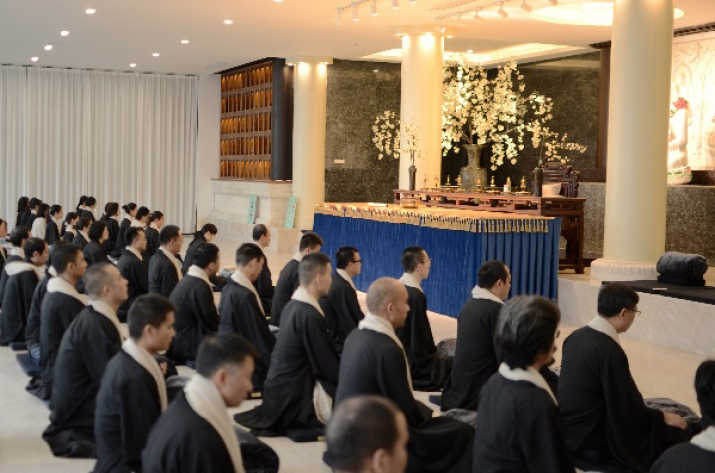 While the Yuquan Monastery Retreat teaches meditation using authentic and ancient methods, it also aims to create a pristine environment to calm the mind and cultivate insight. For seven days there was no talking, no digital devices, and no food after noon. Every morning we got up at 4 a.m. and attended a prayer and chant session with the monks at 4:30 a.m. During the day we alternated sitting and walking meditation for four hours each. In the evening we recited the Diamond Sutra, followed by a lecture by Ven. Daowei. After all, the day would end at 10:30 p.m.

At first glance, the program may seem intimidating and unnecessarily strict. Gradually, however, we realized that all the rules had been carefully implemented to protect us from distraction and promote our spirituality. For example, most people believe that verbal communication is vital in any type of relationship. However, the withdrawal showed us the opposite scenario. When we weren’t talking, we were fully engaged in our own practice and remained courteous to others. From the fifth day Ven. Daowei would answer our questions in smaller groups. After opening our mouths after many days of silence, most of us couldn’t resist speaking privately. However, the verbal exchanges we had were largely meaningless gossip or boasting, which also led to conflict. Ven. Daowei stated that language is controversial as an intense form of communication.

During the retreat we were given valuable time to withdraw from phenomena and old habits and reflect on the nature of life. Before we gave up our digital devices, we were all busy with our phones and computers, not because we wanted to tell others something urgent but because we were worried that others might not find us. Scientific research has shown that because of the dopamine produced in our brains, when we receive new messages, we enjoy social media, which has nothing to do with the content of messages. When we desperately checked our devices after seven days, we found that we hadn’t missed much. What is on the internet is not always a reality. It is a fantasized version of human existence that drifts further and further away from reality. It is alarming to understand how much time, with the advancement of technology, we are wasting watching other people. 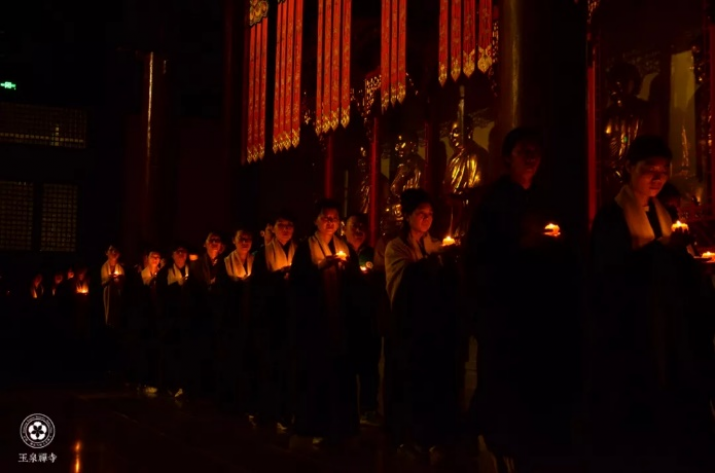 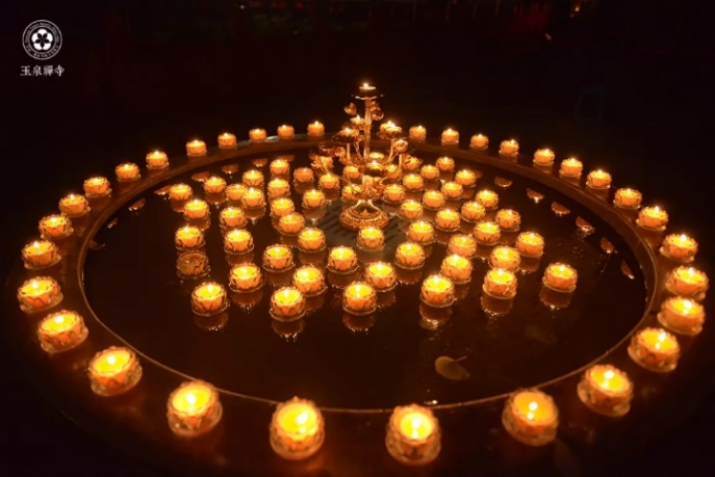 Lamp transfer ceremony at the end of the retreat. Images courtesy of Yuquan Monastery

My favorite experience during the retreat was the meditation itself, observing my own breaths and physical sensations. Day after day, I felt my body and mind become clearer and clearer. Inhale, exhale, the pain appeared and disappeared. In the silence I had a glimpse of how everything is changing, how “I” is insignificant and how my heart is connected to Buddha-nature. Sometimes when I opened my eyes after an hour of meditation, tears came to my eyes. Ajahn Chah (1918–92) explained that the Dharma is not to be found in Buddhist texts, but in meditation practice. With more than 20 years of practice, Ven. Daowei told me that meditation is what makes the various Buddhist schools Buddhist, regardless of the language of their canon or their geographic location.

The meditation retreat is free, but donations are welcome. Under the direction of monasteries at Yuquan Monastery, each retreat is efficiently managed by lay volunteer people, many of whom have benefited from previous programs. Out of selfless compassion and great wisdom, the monks and laypeople will continue to organize further meditation retreats in the Yuquan Monastery. They also plan to promote meditation training in prime cities where people are better educated and wealthier but suffer more both physically and mentally.

Did you miss our previous article...
https://yogameditationdaily.com/meditation-retreats/mindful-intelligence-alan-clements-on-his-new-book-extinction-xrated-and-the-film-spiritually-incorrect-santa-cruz-sentinel
Mindful retreats 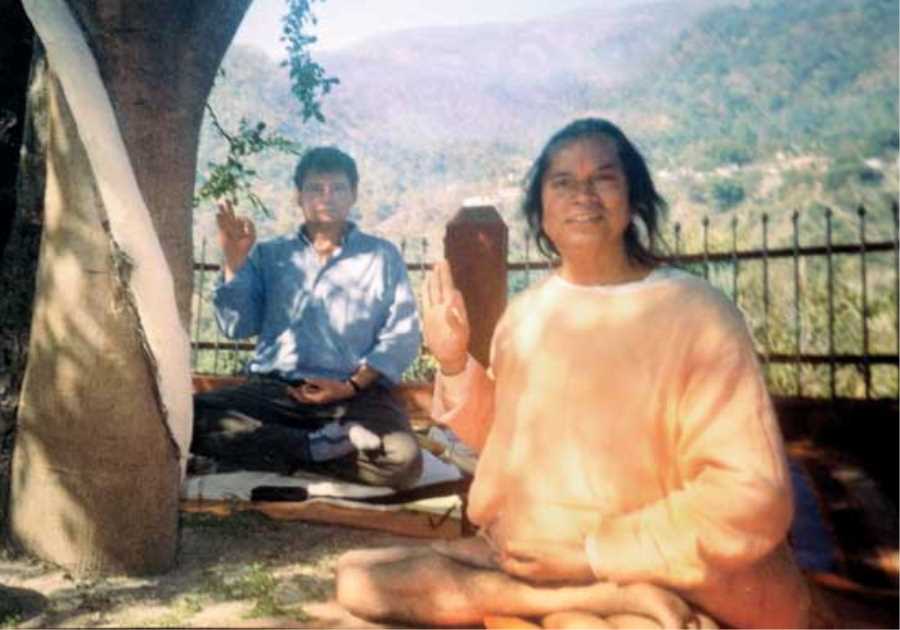 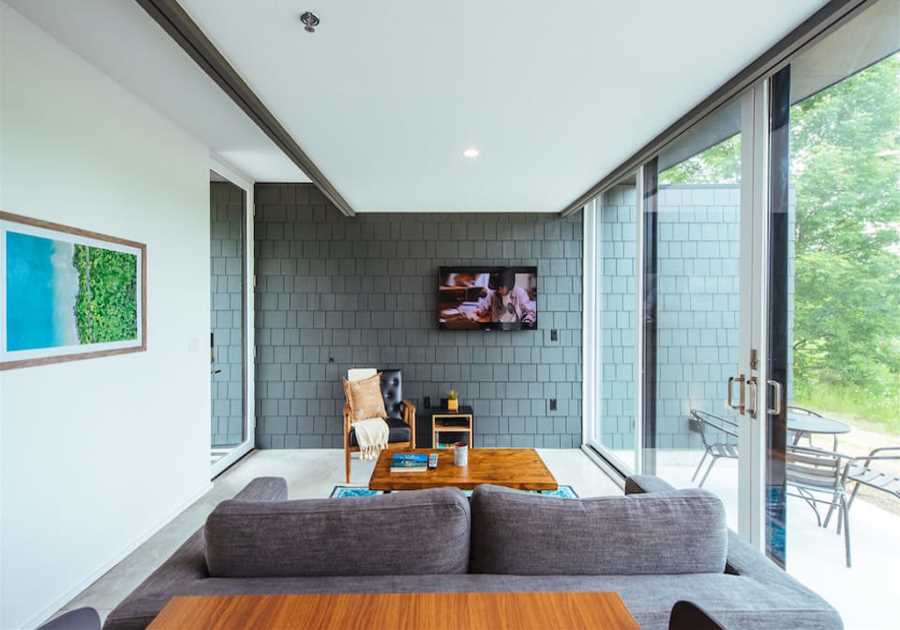 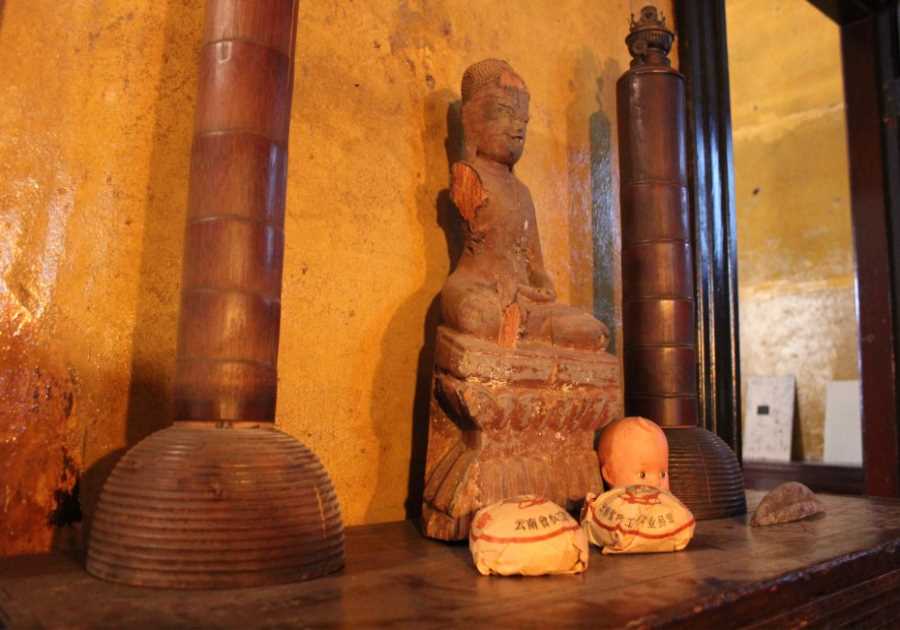 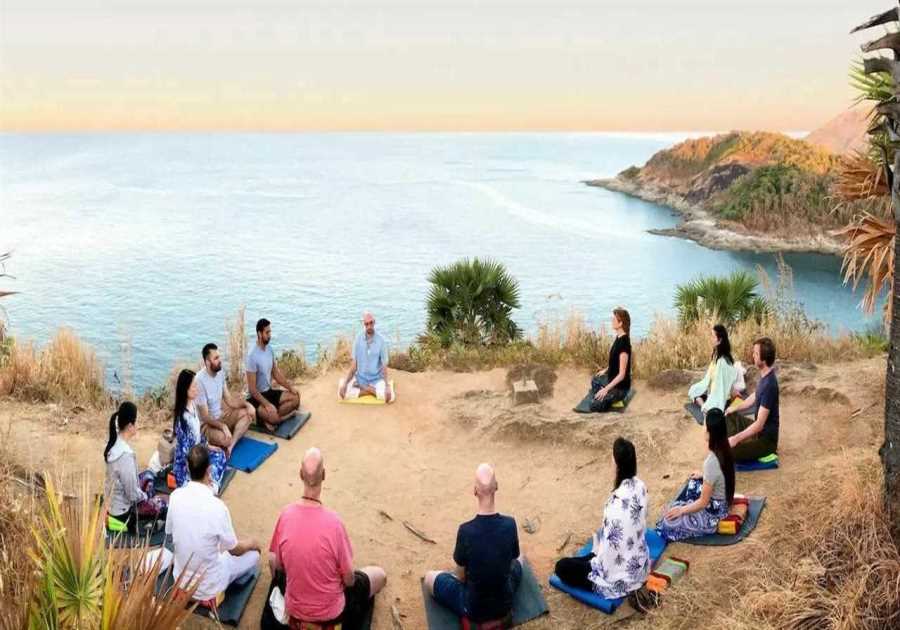 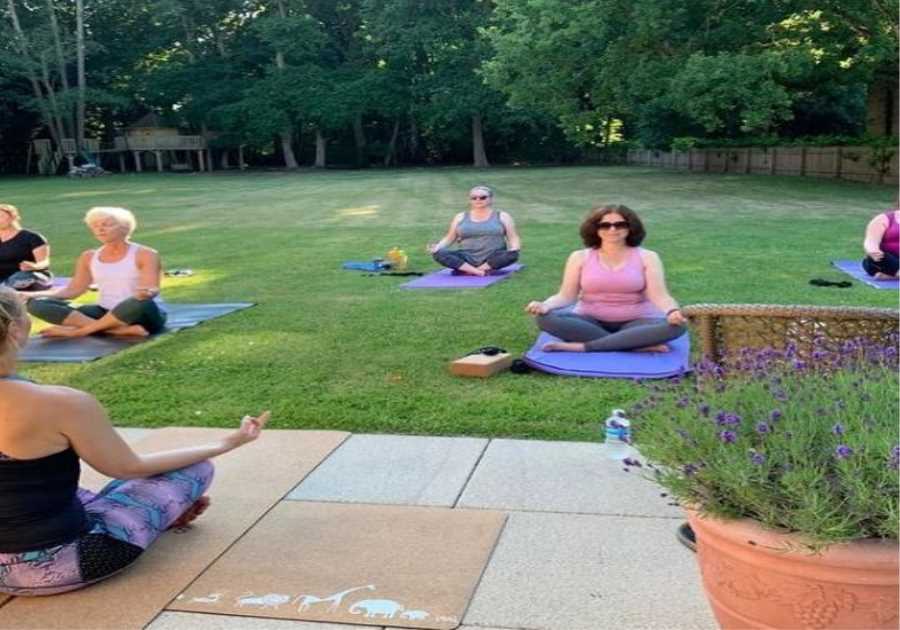 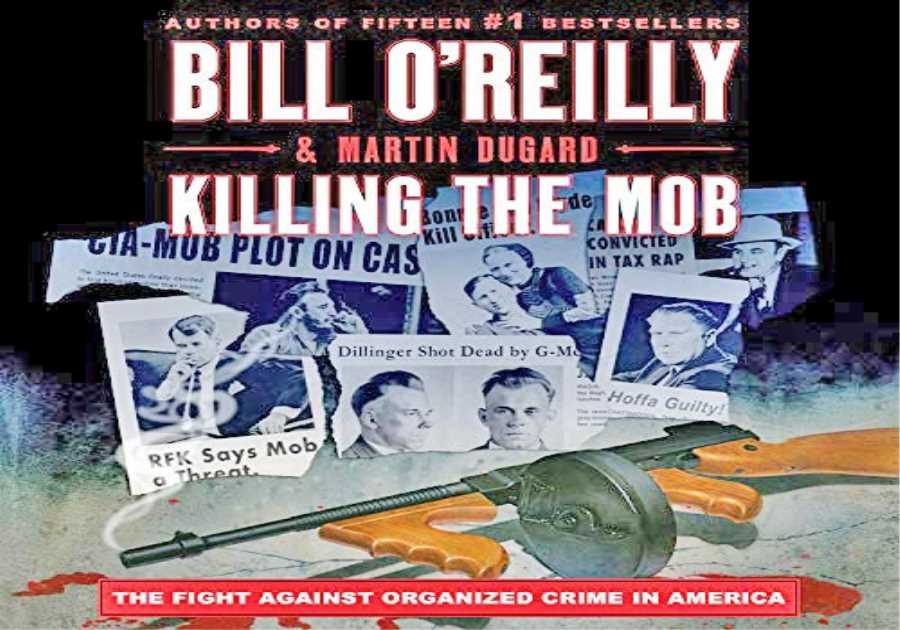